Difference between revisions of "Measure words with "this" and "that"" 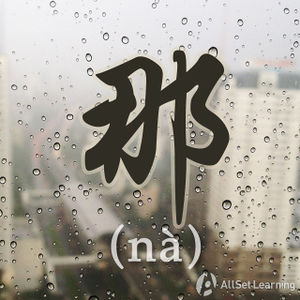 In English, when you refer to "this table" or "that girl" you only need two words: "this" or "that" plus the noun you're referring to. In Chinese, though, you also need a measure word in the middle between the two. In the very beginning you can get away with using 个 (gè) for everything, but pretty soon you're going to have to start using other measure words in these simple phrases.

If you use 这 (zhè) or 那 (nà) before a noun, you also need to include a measure word before the noun.

Note: In this usage, the tone of 个 (gè) tends to soften, so it's represented below as a neutral tone.

Although we didn't get into it here, the same pattern holds true when you use 哪 (nǎ) to ask "which?"