One of the first concepts you need to learn when tackling Mandarin Chinese is tones. You'll often hear that there are four main tones, although there is also a "neutral tone," so you sometimes hear it said that there are five.

Below is a standard tone diagram that you will see in most textbooks and traditional Chinese courses. 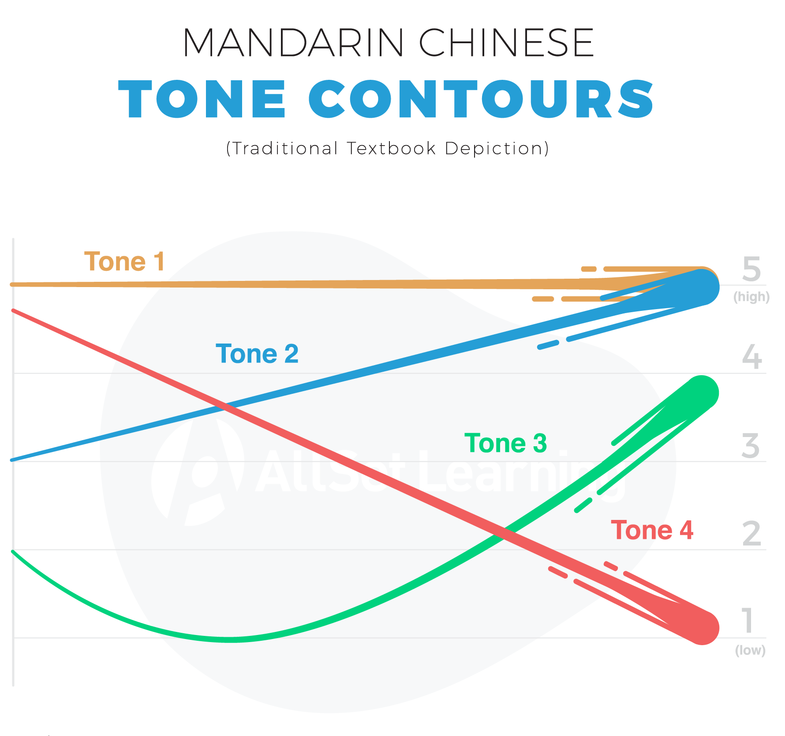 (The numbers 1-5 on the right side of the diagram refer to relative pitch differences; they're not absolute values, and will vary from speaker to speaker.)

Here's a more fun version of the same diagram: 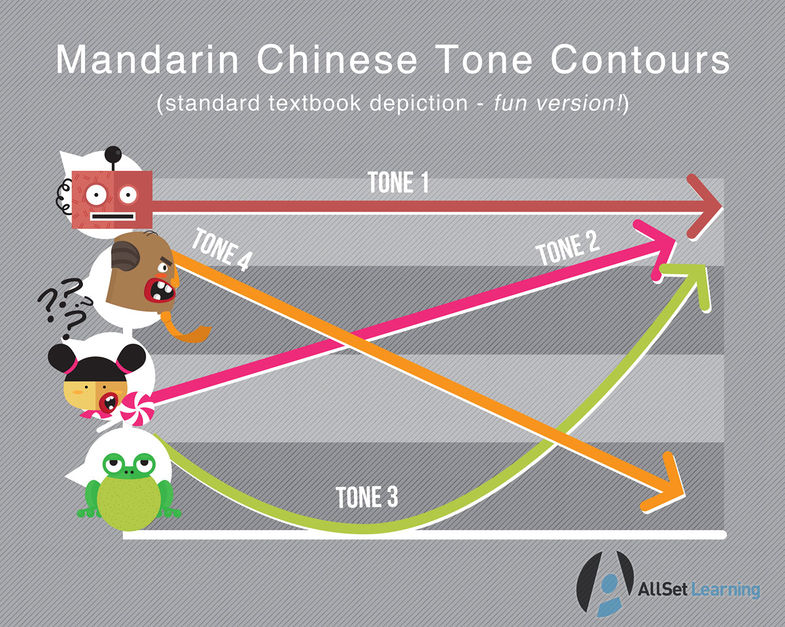 (If the little illustrations don't make sense to you, read on...)

The first tone is high and flat. Some feel that it sounds "robotic" because it is monotone. The first tone can also be a bit longer in duration compared to the other three tones. (This helps make it more obvious to the listener that the tone is flat.) 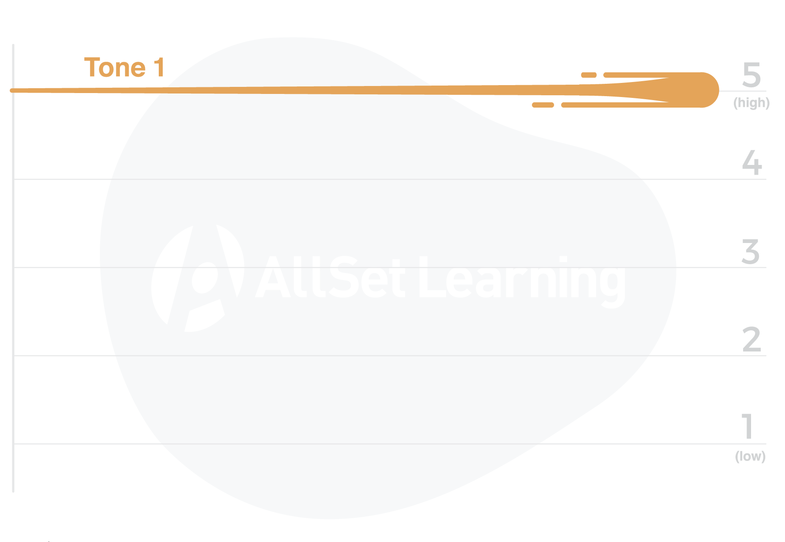 The second tone is rising. Some feel that it sounds like you're asking a question, and if that helps you make the tone properly in the beginning, do it! 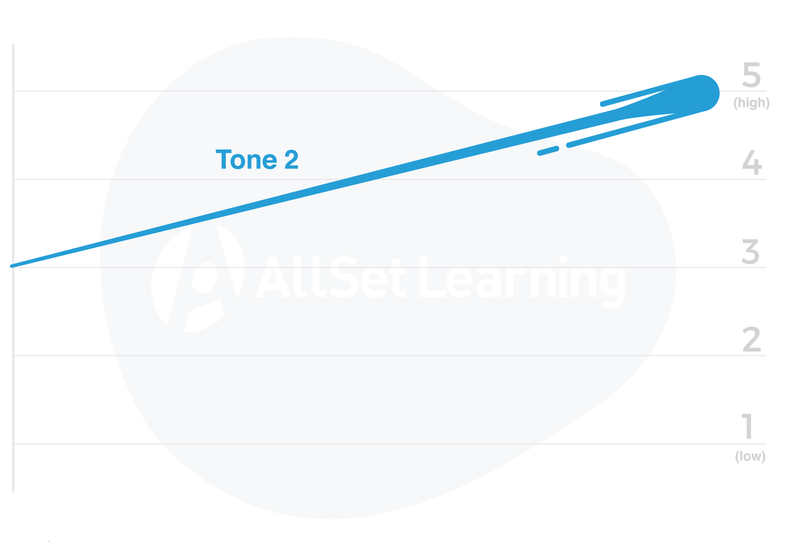 The third tone is low. It is often called the "falling-rising" tone or the "dipping" tone, but it's more important that the tone be super low than that it rises. Keep it low! 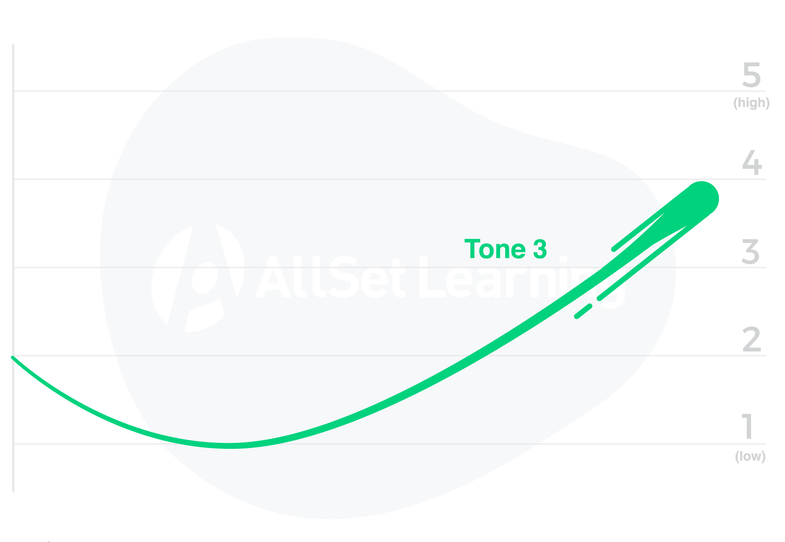 The fourth tone is falling. To many learners, it sounds angry. Several 4th tones in a row might sound like an angry staccato to you. Don't be afraid to emphasize the 4th tone by making it sound a little angry. The 4th tone also tends to be shorter in duration than the other three tones.

This tone has its own page, so we won't cover it here. As a quick rule of thumb, just keep it short and light. Don't emphasize it.

These days, more and more Chinese learning resources are representing the 3rd tone in a different way: as a low tone (which doesn't actually rise very much, but also isn't as flat as the 1st tone). This is because 3rd tone is normally only pronounced in its full "rising and falling" form when it is pronounced in isolation (e.g. as a single, one-syllable word). Most of the time 3rd tone precedes other tones, and is pronounced as a "half-third tone" which doesn't rise again after it goes low. 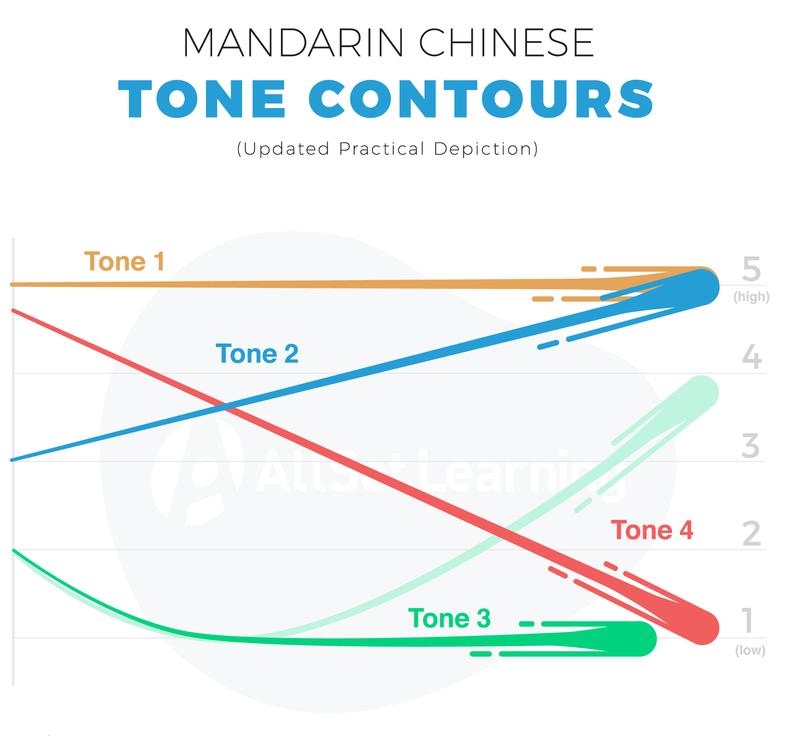 Remember: the key thing about third tone is that it is low. Focus on that!

The Process of Learning Tones

Quoted from Sinosplice.com (with permission):

Source: The Process of Learning Tones