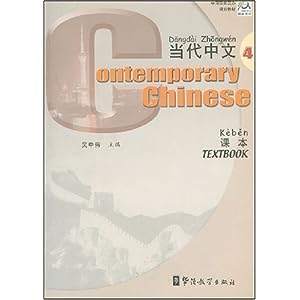 Contemporary Chinese (当代中文), by Sinolingua, is a comprehensive textbook series on the rise. Book 4 is equivalent to B1-B2 difficulty.

This impressive new text series is intended to teach English-speaking students to develop the ability to communicate in Chinese social settings, as well as read and write characters. With a innovative text layout, utilising pinyin, simplified and traditional characters, and English translation of the dialogues, many cultural notes, pictures, and more.