Doing something less with "shao" 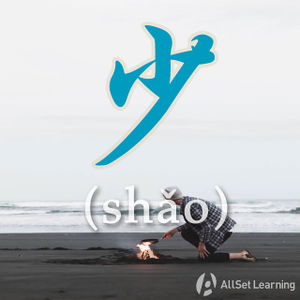 The word 少 (shǎo) can mean "few," but when placed before a verb, it takes on the meaning of "less" as in "to do less (of something)." It is often heard when scolding or giving advice (like when parents talk to children). What's not intuitive to learners is that the word 少 should come before the verb.

Note that in English, we don't use the word "less" very much. For example, rather than saying "drink less water," we might say "don't drink so much water." In Chinese, though, using 少 is quite natural and common. Avoiding the negative command (telling someone not to do something) is also a subtle way of sounding less bossy and annoying in Chinese.