Expressing "only after" with "cai" 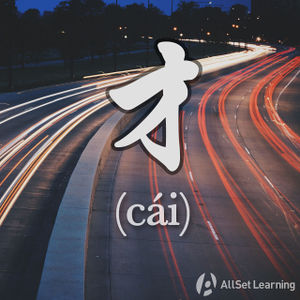 These patterns using 才 are loosely related, and revolve around a meaning of "only when," "only after," "only then," or "not until." They suggest a condition without stating the condition as explicitly as in the pattern 只有……才…….

In these examples, you'll notice that the first half of the sentence involves some kind of "difficulty," usually involving spending a lot of time, money, or effort. The second half tells what was finally achieved after spending all that time, money, or effort. The English translation which tends to work most reliably for these sentences is "only after," but multiple translations are possible.

Note that for each of these examples, events have already occurred. The fuller 只有……才…… pattern is more appropriate for the future or for hypothetical situations.

This use of 才 is quite similar to the 才 used to express lateness. The two sort of blend together.

Note that rather than following a set pattern, the English translation sentences below make use of a number of different translations. "Not until," "didn't... until," "only then," and "only after" may all be appropriate, depending on the context of the original Chinese.