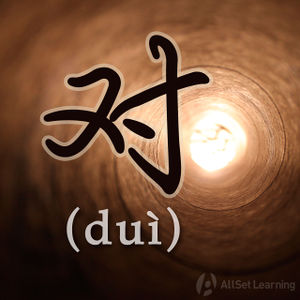 Used with 说 in the Same Way

跟 and 对 can both be verbs, and they are often used with 着, however their meanings are different.

跟 is a preposition, and it can be used in comparison patterns. 对 cannot be used this way.

跟 functions as a conjunction in this structure, joining two things together. Generally, these are nouns or pronouns (as with 和). 对 cannot function like this.

When 对 as a preposition, it points to a certain target, since it can mean "facing" or "toward." 跟 can only be used this way with 说.