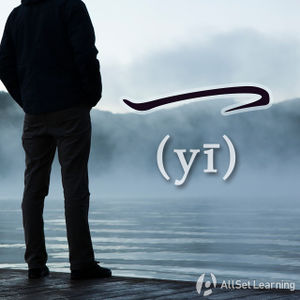 One of the fun things about Chinese is that when speaking, you can repeat a verb to express "a little bit" or "briefly." This is called reduplication. It creates a casual tone, and a sense that whatever the action is, it's not going to take long.

Reduplication with the AA Pattern

In Chinese, verbs can be reduplicated to indicate that they happen briefly or "a little bit."

Chinese grammar books frequently refer to the reduplication of a single-character word as a "AA" pattern. Note that for this pattern, the second verb's tone changes to the neutral tone.

Another way to reduplicate verbs is to insert 一 (yī), in the following structure:

Using this kind of structure lightens the mood and seriousness of the question. It also adds variety to sentence structure. Because these phrases are used colloquially, there is no set rule to which verbs this can be applied to. There are some verbs that are often reduplicated and some verbs that sound weird when reduplicated. With practice and exposure, you will learn which ones are often used.

In the examples above, all verbs are only one syllable. Those verbs get reduplicated a lot, so those examples are quite useful. Occasionally, though, two-syllable verbs get reduplicated as well. When this happens, it's important to use the "ABAB" pattern for verbs (meaning the entire word is repeated), and not the "AABB" pattern you use for adjectives (where each character is repeated individually).