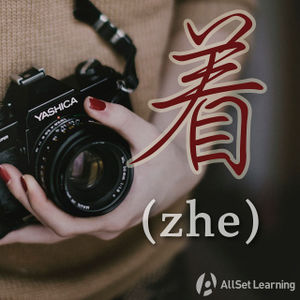 Expressing something's existence in a certain place or location is not just limited to 在 (zài) and 有 (yǒu). The word order may be a little different from what you are used to, but 着 (zhe) and 是 (shì) are also ways to make everyday statements such as, "There is a book lying on the desk."

Verbs that are paired with 着 are usually stative verbs. So unlike with action verbs, you're going to be describing an action that is kind of like just sitting there. It could be standing there, lying there, sitting there hanging there... the point is it isn't actively expending energy doing anything.

The subject in the 是 sentence pattern indicates the location or area. The object that comes after 是 is the only thing (worth mentioning) in that area. It's worth noting that there's no real time indication for most sentences like this. It could be setting a scene in a story (in the past), or it could be describing the current state of things (in the present).

Note that 是 is used to describe a singular object existing somewhere, while 有 can refer to multiple objects/people.