Softening the tone of questions with "ne" 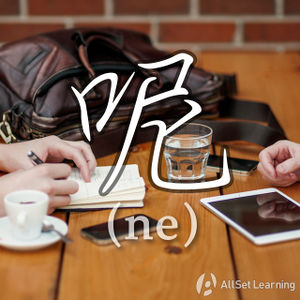 We have seen before that 吧 can be used to soften the tone of statements, or make commands feel more like suggestions. 呢 works in same way, but it is used to make questions more indirect and uncertain in tone.

The example sentences above almost have a tone that the speaker is talking to him/herself, as the question is not directly asked of the listener. A second verb is only necessary if different from the first verb.

In the previous examples, the speaker has a tone of conjecture, a bit like saying "I wonder" in English. Again, as in the first usage, the question is not directly asked of the listener. Overusing 呢 in your questions can sound a bit feminine, though, so keep this in mind.

If a "verb 不 verb" question is posed without 呢, it can appear as though the speaker is a bit impatient, or is ordering the listener to do something. Tone of voice used is also an important factor here, and adding 呢 can give a tone of uncertainty, which sounds less demanding and more polite.

Remember: the exact meaning of the above sentences depends on the full context, and tone of voice is very important as well. The interpretations given are just possible examples.