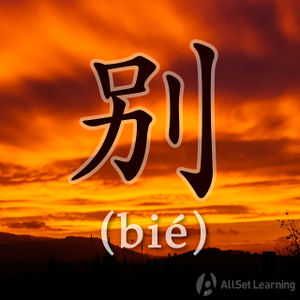 You may know how to make negative commands with "bie," but what if someone is already doing it? The pattern 别⋯⋯了 (bié... le) is all you need to tell someone to STOP DOING THAT (which they're already doing).

Instead of just a verb, it can also be a verb phrase.

The "别 verb 了“ pattern can also be used to negate the other person's suggestion or try to change their idea. The difference between this usage and the previous example is that the action has not happened yet. A few examples: