Wanting to do something with "yao" 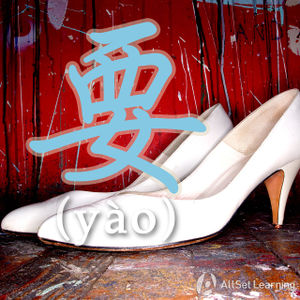 The auxiliary verb 要 (yào) has several different meanings, and here we'll tackle the "want to" meaning. To express "wanting to do" something, use 要 (yào) before the verb.

The verb 要 (yào) can be used as an auxiliary verb to indicate wanting to do something.

Instead of using 要 (yào), it is also possible to use the word 想 (xiǎng). These two words are largely interchangeable, and both can mean "to want." The small difference is that 要 (yào) is often used for something you want to or need to do, and plan to take action on. It can sound a bit more demanding (and less polite). 想 (xiǎng) on the other hand, often conveys an idea on one's mind, that one may or may not take action on. You can think of it as meaning "would like to."