Expressing "and" with "he" (advanced) 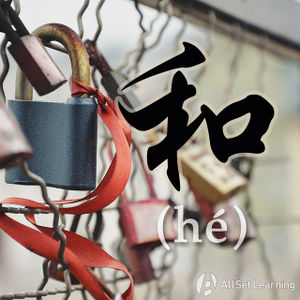 You probably learned early on that 和 (hé) is used as an "and" word to connect nouns and noun phrases, but not sentences or clauses. This rule is fine for a while but eventually you will begin encountering what appears to be non-nouns linked by 和. This article addresses how you may see 和 used in other ways.

It's worth mentioning that none of these uses of 和 needs to be "learned." You could do just fine only using 和 to connect nouns and noun phrases, and native speakers may prefer not to use 和 in some of the examples sentences given below. Still, uses like these do exist.

Rather than give absolute rules, it's more helpful to give trends, because it's very difficult to provide a rule for using 和 with non-nouns which is never broken. There are just too many gray areas.

In most cases, the following trends apply when 和 is used to connect verbs:

In most cases, at least one of the following trends apply when 和 is used to connect adjectives:

Don't forget that in addition to 和, there are all kinds of other ways to express the "and" meaning, such as the words 并, 并且, and 还有, or the patterns 又⋯⋯又⋯⋯ or 既⋯⋯又⋯⋯.

The following sentences don't follow the trends laid out above, and are thus not good sentences.